Why Do Parents Choose to Homeschool? 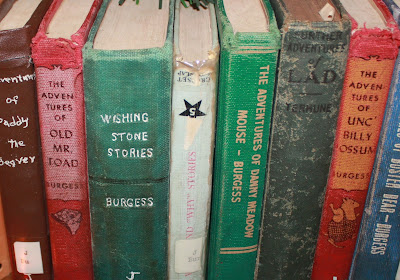 Just as there are no two identical families that choose to home educate, there are no two identical sets of reasons why many parents take on the challenge.  While the stereotype of an “ultra religious” homeschooling family is still out there, the truth is that parents have dozens of factors that influence their final commitment to put their kids out of public schools – and that many of them even homeschool each child in their family for a completely different reason.

Let’s look at some of the more common motives behind the desire to home educate:

1.        Safety.  No one can escape the news of school shootings, bullying, and incidents of sexual assault that can have occurred both inside the school during the supervised school day and outside of school at extracurricular activities and with classmates.  Home education, while not the perfect solution to keeping kids free from harm, has been a popular choice for parents who have had enough with the worry, violence, and insecurity that many children suffer from in today’s educational system.

2.       Special Education.  Even with the laws that ensure our children will get special help when they need it, schools struggle to provide enough resources to give special learners the attention they warrant.  Gifted kids often have no options to keep their minds busy, and the average learner is becoming bored or frustrated by the lack of individualized learning available in many of today’s overcrowded schools.  As more and more children become diagnosed as having “disorders”, medication is replacing more thoughtful, long-term programs that may prove successful in overcoming both educational and behavioral challenges.  Home education has provided parents the ability to be the sole facilitator in the process of addressing these issues, and it has allowed them to make sure education is specialized to meet their child’s individual needs—whatever they may be.

3.       Local Control.  States have long battled to keep curriculum standards that best represent the population of their citizens, which is why broad-sweeping federal education standards have traditionally been rejected.  Local communities that want to keep some autonomy over what they teach in the classroom are finding it to be even more difficult to fight this battle, however.  New initiatives, like the Common Core Curriculum, have turned the focus back to a federal standard of education, causing concern that federal funding and a loss of power by State Education Departments will soon follow.  Parents who want to opt out of federal education guidelines may find homeschooling to be their only option in the coming years.

4.       Religious, Moral and Ethical Freedom.  The stories of children being mocked or ostracized for their personal convictions aren’t common, but they are out there.  Whether it be a highly-politicized classroom environment, a ban on prayer or Bible-based free speech, or simply the more ridiculous examples of kids being expelled for creating guns out of toaster pastries, parents are discovering that the “political correctness” of today’s schools is confusing and impossible to appease.  Families who find themselves on the wrong side of the argument have not only seen a slanted approach toward instructional time, some are reporting that there is an open hostility in every part of the school culture.  This “bullying” isn’t just allowed, it is often encouraged, as a few new anti-bullying programs have chosen to portray certain faiths and political parties as offenders who need to be called out for sharing “hateful” views.

These are just four of the most common reasons we hear for parents choosing to pull their kids from a traditional, institutional education.  Other reasons may include extended childhood illness, a death in the family, traveling for work or missions, or other logistical issues.  What we have found, as well, is that many parents who started homeschooling as a temporary fix have found no good reason to stop.  Their children have thrived, and the family has experienced unexpected blessings as a result of their “experiment.”

Whatever the reason you choose to pursue it, there is an appropriate method to do so legally, according to the regulations of your state.  We encourage prospective homeschooling families to the Department of Education website for your state to find specific information on how to being homeschooling in a legal manner.
Posted by Linsey Knerl at 11:54 PM

Email ThisBlogThis!Share to TwitterShare to FacebookShare to Pinterest
Labels: why homeschool?